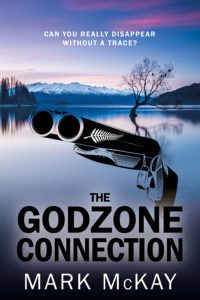 The sixth book in The Severance Series.

Can you really disappear without a trace?

Phoebe Fraser is an English woman working at a private bank in Tokyo. When she steals $10 million from a client’s account and then disappears, Nick and Mariko Severance are brought in as private investigators, to track her down.

It looks like a simple case of greed, until the body of someone close to Phoebe washes up on a beach in Tokyo Bay. Murder becomes linked with theft and Phoebe is the main suspect. One way or another, she has to be found.

The search takes Nick halfway around the world to New Zealand, where he unravels a story involving insider dealing, love and betrayal, and ultimate revenge. But he isn’t the only one searching. Certain interested parties also want to find Phoebe and for reasons of their own, silence her forever. It’s really just a question of who gets to her first.

ShareTweetSubscribe and get a free book!